I don’t remember when I first began to like lighthouses but I’m going to blame St. Vincent DePaul and the oil painting I picked up for almost nothing in his thrift shop. It exemplifies the drama of stormy seas and skies, and the comfort and safety afforded by the warning of the watchful lighthouse. That’s what they’re for and symbolically I take them to stand for protection and warning in other situations as well.

Lots of people are lighthouse fans and after finding this painting I began to notice lighthouse paraphernalia everywhere I went. I haven’t gone crazy with this collection but I have gotten a few gifts that are special. They include my lighthouse in crystal from St. Augustine, lighthouse bookends, notepads, mini prints and calendars.

There is a lighthouse in Seattle near my daughter’s home that I know better than the others because I have been in it and spent time reading its history. I was able to go up to the actual light room and view Puget Sound and West Seattle. On a visit to Pikes Place Market the next day I was going through the watercolor paintings of a local artist and found this one of Alki Point and had to have it.

There are a lot of stories written about lighthouses and I think it’s because they are unusual places built around dangerous waters and were often inhabited by strange people. Most lighthouses today are no longer tended by people but are automated, but the stories live on. One of the better ones I’ve read lately is “Lighthousekeeping” by Jeanette Winterson. The characters in this book are everything I would want as far as intrigue and mystery and the writing is often quotable in its beauty.

Many things in the modern world have influenced our way of navigating dangerous waters, physically, emotionally, and spiritually. But I think we still need lighthouses. 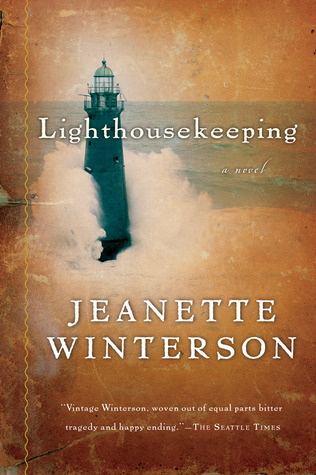 Have you been in a lighthouse? Have you read a good lighthouse book?