Actually, if walls could talk this house would not have a lot to say. Most of the interior walls are gone…

Pennsylvania is a historic state, having been one of the first settled. This means there are a lot of old houses with stories to tell. The valley that the husband’s family lives in is full of old, two story, frame houses. Both in the small villages and the outlying farms, I’ve been seeing these fascinating structures and I love to take pictures of them and wonder what they look like inside. My brother-in-law and his wife have bought a farm that enjoins their property and on it is a collection of farm buildings and an old farmhouse. We went over there to look yesterday. It was a treat for my passion about old buildings.

There is a very interesting turkey barn – reminiscent of old covered bridges. I’m not sure why it was built this way, or if it’s original purpose was to raise turkeys, but that is what it was known to have housed last. 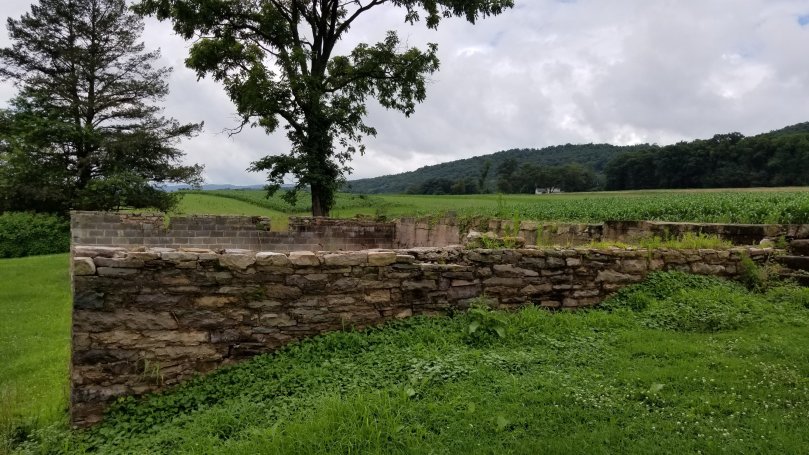 There was a barn with a stone foundation. There are lots of them in this valley, probably because there is no shortage of stones for building material. The barn is gone but the foundation remains, begging to be used for something.

There are other sheds to house machinery, and a modern cement block building that was a butcher shop, presumably to process the turkeys raised in the turkey barn. And of course, there was this outbuilding.

Not too many of them still standing, but I always like getting pictures of outhouses when I can. I don’t know why.

This was my favorite excursion into the past. The house has seen better days but my brother-in-law assured me that the structure was sound and sturdy. It has been completely gutted of its interior walls of plaster and lathe, in hopes of being remodeled at some point. 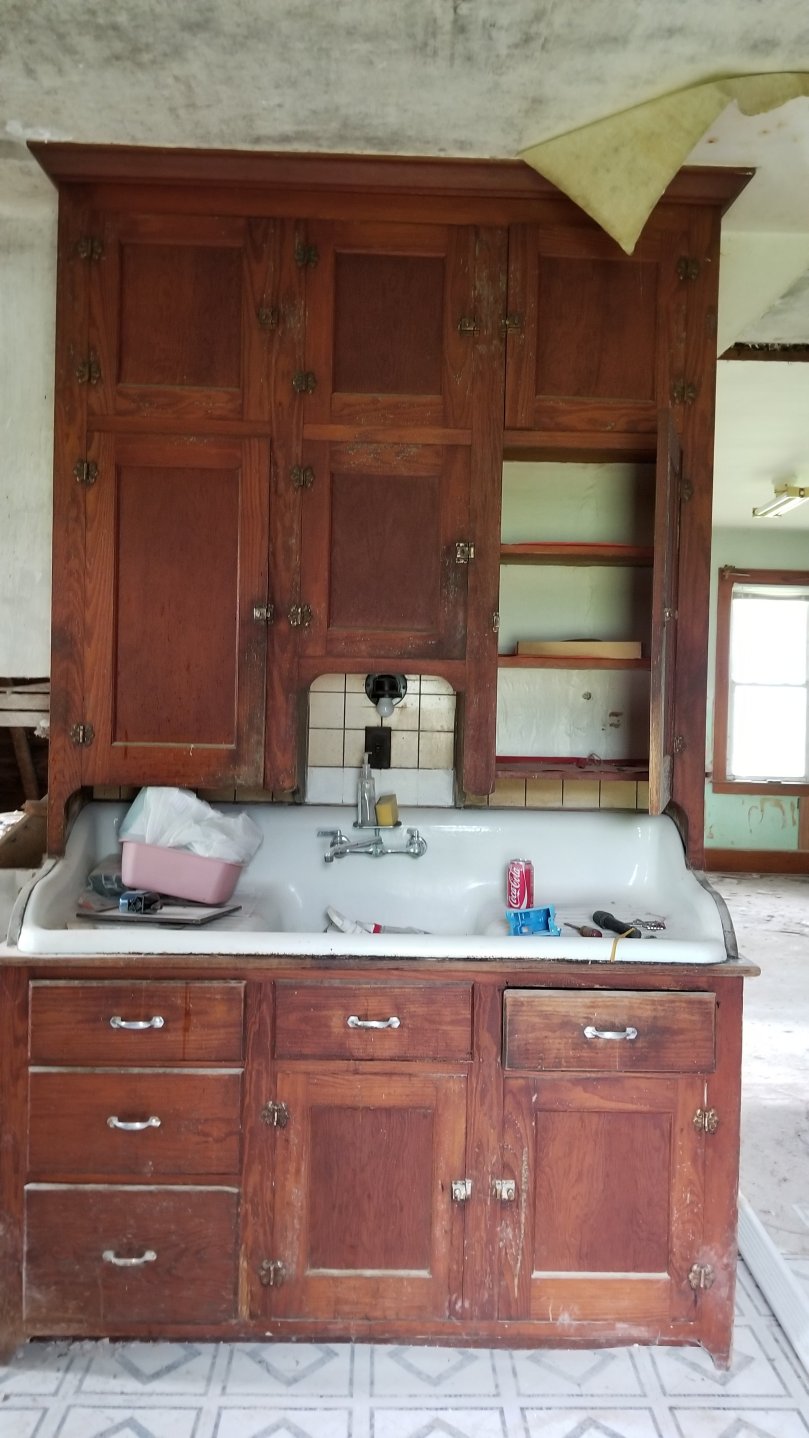 One feature left intact in the kitchen is a large built in hutch which pretty much makes the house, in my opinion. It should definitely stay and become a focal point.

One of the common practices before air conditioning was to keep the heat of cooking out of the main house. This house has what my brother-in-law calls a shanty added to the side of the kitchen. It’s a fairly large room with a huge hearth where cooking fires could be made, or a cook stove positioned. There are huge doors to close off the hearth and when my sister-in-law opened them there was an ominous noise that sent her and Dennis out of the room. They were thinking “rattlesnake”. I went in later with Ron and we were curious to hear the noise, which turned out to be a baby bird that was dislodged from a nest higher up in the chimney. I don’t know what kind of bird it was, but the sound was bizarre.

The stairs were sturdy enough so we went up to look at the upper story. 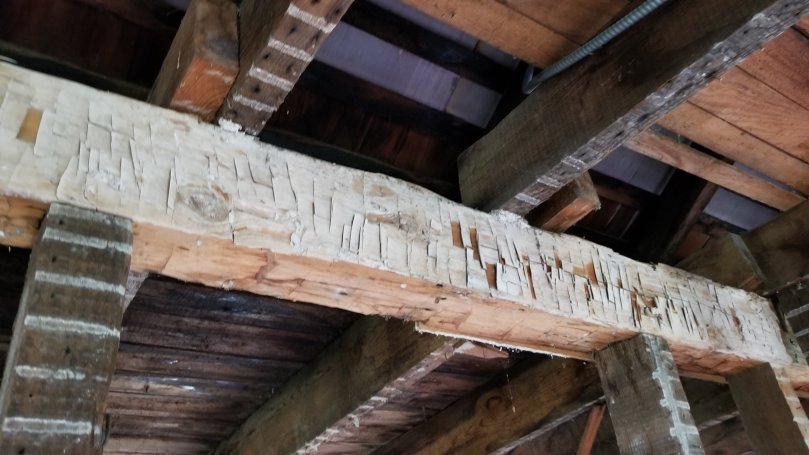 There was a large central beam that had marks all over it. Ron told me about flitching, a process of making the cuts on the beam. All the wood is exposed in the house and I could see that some of it was rough lumber, with the bark still on. But no termites (I’m still in Florida thinking…)

I wandered around taking pictures of this interesting place and wondering if I would ever have the energy to renovate an older place like this. 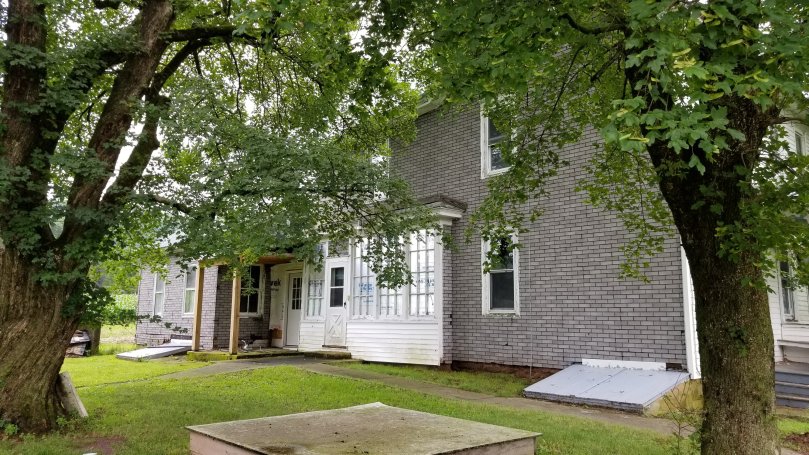