Sunday: three days in Pennsylvania after not being there for ages… being with people had to take first priority. Several of us got up early and went to church with Dennis’s brother Ron and wife Deanna. Their church is small but the reception was warm. It was actually a highlight for me. I loved seeing the different age groups interact. There was a Thanksgiving anthem by the choir and all ages were represented in the singing. Ron and Deanna sing, who knew? The children present gave their own prayer requests and the sermon was heartfelt and square on.

Back at their house, Deanna hosted a rather large, bountiful dinner and had invited Dennis’s sister and her family to attend. Here we were eating again. We spent a lot of time catching up with all these dear people. My girls took some time to walk and visit sites they remembered.

Monday: the outing of the day was a trip to the nearby city of Pottsville to tour, yes, the Yuengling Brewery. It’s a historic site, having been built before the Prohibition Era and especially interesting because it is built into the side of a mountain. The caves were the perfect temperature to age the barrels of brew.

We had an excellent tour guide who gave us the complete story of the premises while leading us through the tunnels and up and down over 60 stairs. Even those of us who are a little leery of steps did fine and at the end we got to rest and sample beer. Did you know that during Prohibition Yuengling made ice cream instead? They still do. I had some of that too.

Tuesday: the highlight of this day was designed for the husband. Unbeknownst to him a former high school classmate had arranged for a number of his class to meet for breakfast at a local café. He knew nothing about this but I was able to convince him to take me out for a meal. What a surprise it was for him.  One man had come quite a distance to participate, and everyone there was glad to see Dennis since he hadn’t been able to attend any of the reunions. It was nearly a two hour breakfast, but it was interesting to hear all their high school stories.

We also visited one of the husband’s cousins at his house. I was experiencing an overdose of listening to loud conversation so I took my phone out to wander and take photos. I have always loved the PA landscape. It is so vertical, and the buildings are often rustic and just the kind I love to photograph (I’m a collector of barn photos.)

The rest of the day provided time for a jigsaw puzzle! It was all about the state of PA so we felt a little educated when it was done. Early to bed because tomorrow we travel again… 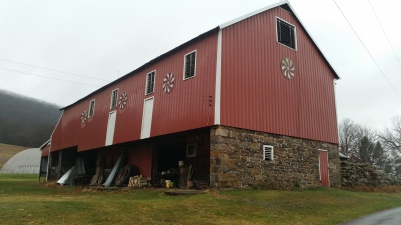 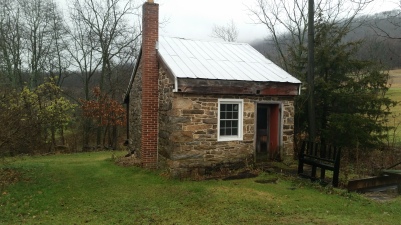 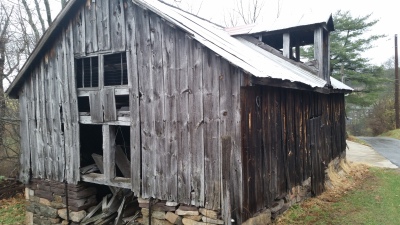