I’ve always been in love with light.

I was looking out on the oneacrewoods this evening as a storm approached. The house started to creak and pop as the metal roof contracted. That’s always my first sign that it’s cooling off and something is about to happen. We were surrounded by trees, large oaks that covered most of the sky and left only peep holes to show how dark the sky had become. When the wind came, like a moving wall, the trees went wild, grabbing at each other. It always looks scary to me – I can’t believe those large limbs can move so violently and not break. It passed rather quickly without raining. Dramatic but dry.

But it left the sky looking glorious in every direction. We saw it as we went out for our evening walk. My Instagram is full of #eveningwalk pictures because of the light. It’s the light’s fault. The evening light, call it twilight’s last gleaming if you want, is magic. It has that in common with the dawn’s early light, which also comes in sideways, horizontal to the things it touches. Things that aren’t really shiny, shine. Leaves glow green like they are electrified, lit through and through, more translucent than you would ever think. 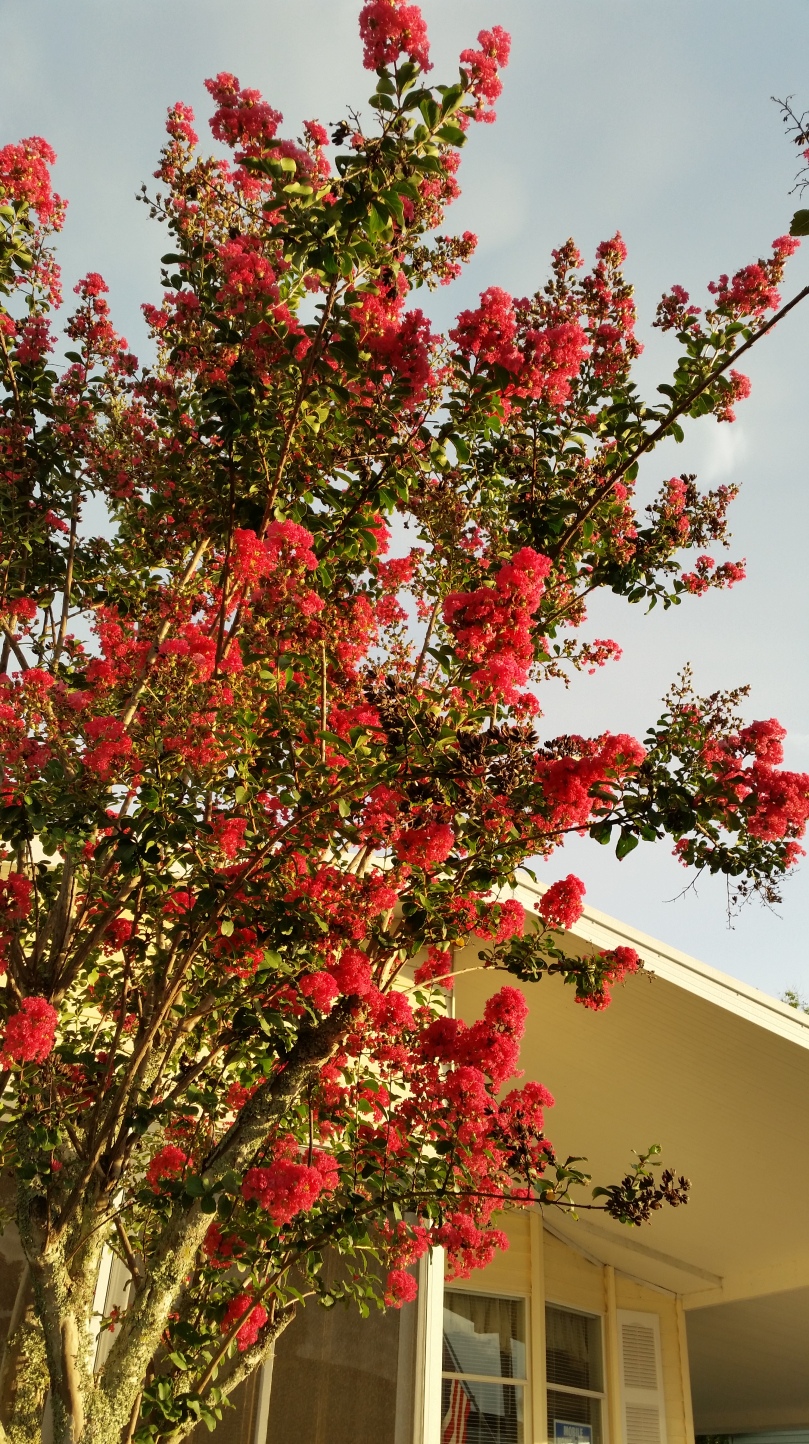 We seemed to be right under a “cloud hole” with the fading evening sky above us. Tall billowing stacks of white were outlined in the west with the setting sun dancing through them, and eastward the departing blackness of the storm, with a rainbow. Every direction showed a different sky picture, all dramatic and compelling and picturesque. Even after the sun was no longer visible, it’s light was reflecting off the cloud cover and lighting our way with an eerie, amber cast.

With all this to look at, and more, my phone/camera ran out of battery. So, as I walked, I started thinking about how my fascination with the late light, and the early light, fit right in with Independence Day and the words to the national anthem. What that must have been like to have been there seeing the flag through the twilight’s last gleaming. Seeing it all night by the light of rockets being fired in battle, and then to see it still there in the dawn’s early light – probably a bit tattered and the worse for wear, but still in place. 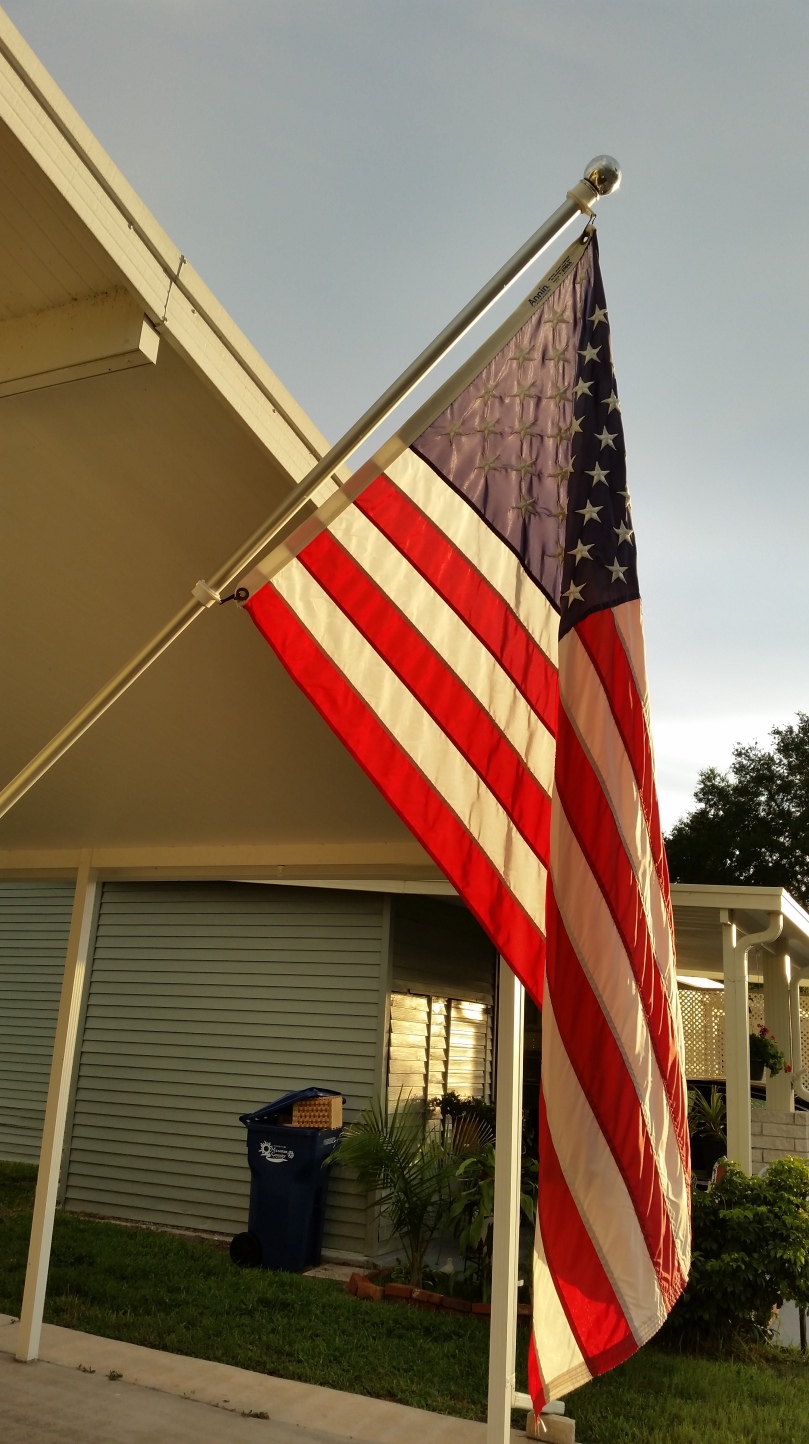 I think it’s a little ironic in these days when we are dependent on so many things beyond our control, that we can still find meaning in the word independence. We almost worship the concept, without really thinking of the good aspects of dependence on the right things. This holiday is a good time to review the freedoms we have, to review who and what we should depend on, and to celebrate the outcome of that long ago conflict.

Happy July to all, and an early Happy 4th!